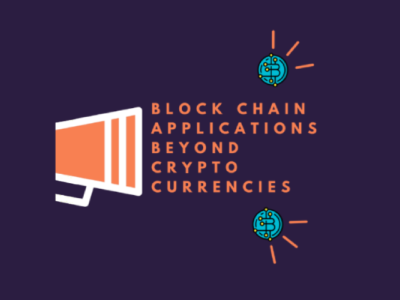 Unless you are living in a cave, hidden away from the clutch of civilisation, you’ve probably heard of Blockchains. They’re the hype of the year. Probably hype of the decade. It doesn’t matter whether they understand it or not, people are talking about it everywhere. Even people who have never mined a blockchain in their life before, seem to want to talk about it all the time. Word around the tech block is that the future of all financial operations in major world countries could be in cryptocurrencies and bitcoins. However, very few people know that blockchains are not limited by money transfering, investing and banking implementations.

Here are some fun applications of the Blockchain technology, beyond bitcoins and banking!

Elections and voting are the most crucial events of any democratic country. The magnitude of the power that a digital voting system has at stake, it about time that a 21st century twist be brought to the mechanism. Security and discretion are always major concerns.

Voting systems that are designed with blockchain technology fused with traditional systems, may be the solution for a fair, democratic election. The architectural design of blockchains can be the perfect solution implementing a robust and secure system.

Also, thanks to the top notch encryption systems , it would be near impossible for any individual or organisation to take access to the votes without the keys.

Blockchain technology can be a huge disruption when it comes to the traditional education system. Both academic and personal learning can be leveraged when amalgamated with block chains. They’ll make a revolution in the method through which students are tested, assessed and graded.

The digital proof of education that students get, will be tamper proof and iron clad with hi tech security. The  records of a student’s work, progress, assessment, diplomas and degree certificates can be kept safe and easily accessible in the cloud.  It doesn’t matter if a student loses their physical proof of qualification over travel, fire accidents or during conflicts in war-torn areas, their digital proof of education will still be intact on the cloud.

All of dark web’s fake certificates and educational frauds will face an instant death.

Hacking attacks on databases and breached accounts are a colossal problem in the world.

Digital identity is as much a liability to a person, as it is an asset. Hackers are constantly finding new ways to impersonate people be it credit card frauds or large scale financial scams and criminal offenses.

If there’s a secure and efficient way to manage digital identity, it’s blockchain. The technology, when implemented can guarantee smoother authentication and put an end to fraud.

A future where we needn’t worry about our digital security ever again, isn’t very far away.

One of the most underrated yet glorious application of blockchains is in the technology’s power to fight crime and save lives. It can help win the fight against a broad spectrum of crimes, starting from art thievery, to bank robberies, serial killing, to drug trafficking, fake shipments and insurance frauds and a lot more.

Using blockchain technology, it is possible to create a non-decentralised database that verifies each valuable piece or art, and can help secure it against theft and duplication. The system can also be used to combat the international trade of counterfeit drugs. Fake pharmaceutical products can be caught and banned by using the blockchain to track the supply chain, and identify replacements and swaps.

Blockchain and bitcoins have a striking impact on charity and charitable giving. Along with a radical transparency of donations, blockchain makes it possible to analyse and spot places that need aiding and support, helps philanthropists make well informed decisions. It will transform the way charities are created, registered, regulated and monitored.

What’s more, Blockchains could put an end to the challenges posed by traditional charity regulations.

In short, although blockchains are in the early stages, it holds immense potential, and can be scaled and customised for several industries, making it a secure and reliable tool that everybody can use. It can be said that this disruptive technology as serious to the current decade as the internet was in the 1990s.

This article has 3 comments 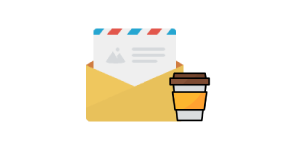