We over react. To everything. Perhaps, our default evolutionary response to things that are new, things we don’t understand, is this: We fear it.

When we have almost all of the smartest minds in the planet talking about the same issues, the rest of us are bound to get concerned about it. The concerns regarding the threat the AI poses to humanity have a long history. For instance, Stephen Hawking was once quoted saying: “The development of full artificial intelligence could spell the end of the human race.”

Such frequent claims against deep learning fuels the mass hysteria that AI is going to steal everyone’s jobs, start the next world war or even take over the world, and wipe our species out. And the flood of dystopian movies (like ‘AI’, ‘The Matrix,’ ‘Her,’ ‘I, Robot,’)  with their anti-technology themes that are constantly being churned out, are not helping. We need to set a few misconceptions right.

The first truth is, AI is the most important technology we are developing this decade. It is, without a  doubt, the most sought after and the most needed technology that all our resources and skills have to be targeted at.

The second truth is that industry leaders have announced that the progress we are making in AI is actually slower than anticipated. This means that all Hollywood influenced fantastical threats on account of AI are so far from us right now. We’re talking decades, if not centuries of technological advancement. As Andrew pg put it, it’s like, ‘worrying about overpopulation on mars when we have not even set foot on the planet yet.’

Just like humans have an evolutionary response of fear, the media has a reflex reaction of exaggeration. This tendency of journalists to blow things out of proportion, just in order to get some attention, might result in hurting and stunting the growth of AI. Which is why, as humanity stands in the threshold of a larger than life transformation, we must insist on shifting media attention from science fiction type evil robot branding to the existing, and more concrete progress in social, economic and political issues, brought to us by AI.

We need to stop responding to everything we don’t understand by fearing the worst.

To put things in perspective, here’s a list of things they tell you that will happen when Robots and AI take over:

To our knowledge, none of this has come true.

And here are the list of things that Artificial Intelligence has actually done:

With each passing day, the probability of AI driven miracles is only growing exponentially. But most of us live at a far emotional distance from this evidential truth.

Ever since AI became a topic of public interest, a common fear that machines would one day take over our capabilities and wipe us off the planet has infested our species. From then on, we have been convinced that anything that humans can do, a robot can do better. We hear about robots beating humans at chess, creating paintings, and replacing workers in factories.

We need to understand that there are still many things that humans do, that machines can’t. Humans have understanding. Humans recognise strategical patterns. And most importantly – Humans have purpose.

Here’s an interesting quote from Pascal Kaufmann, CEO at Starmind.

“The analogy that the brain is like a computer is a dangerous one, and blocks the progress of AI.”

The cognition capabilities of the human brain, first emerged roughly 2.6 million years ago. One hundred billion neurons and trillions of synaptic connections are able to split atoms, venture into space, construct smart cities and do organ transplants because they have undergone millions of years of learning, adaptation, and evolution.

Sure, we can build robots by writing a single purpose programs that compete with humans for certain core skills, and maybe even excel humans in those said skills – but the world and it’s real issues are not neatly compartmentalised into single problem questions!

Also, we have noticed that all of these doomsday scenarios are about the conflict between natural intelligence and artificial intelligence project a patriarchal alpha-male struggle of power. The complete psychology beneath the paranoid fears associated with AI dystopia can be summarised as a reflection of fragile fears of patriarchal masculinity.

In line with Siri, Cortana, Alexa, Google Assistant, we just find it fascinating that AI tends to be female. Industry experts have also acknowledged this trait. Thus, it is possible that unlike the human species, AI will will naturally develop along female lines: fully capable of solving problems, but with no desire to annihilate innocents or dominate the civilization.

What we are saying is, when we promote the idea that technology is evil, we are not just wrong. We lose out stature as responsible adults and take up the roles of emotionally vulnerable fear mongers.

Bottomline is, AI ensures this democratisation of sophisticated tech.

Cutting edge technology shouldn’t just be for Tony Stark or Bruce Wayne. It should be for everyone. Everyone must have equal access to services, information, opportunities and resources. 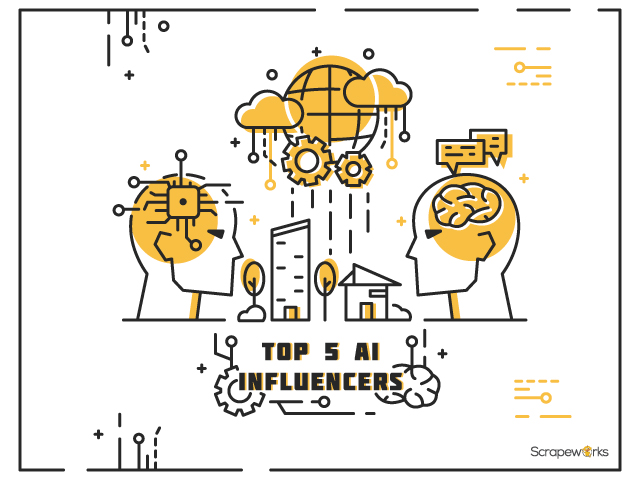 Why go large with Data for Deep Learning?